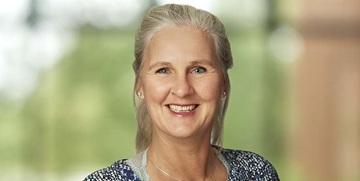 The defense was open and you can read more about the project here (in Danish).
Dansk resumé af ph.d.-afhandling

This PhD project brings together three fields: Architecture, concrete construction and robotic fabrication in a cross over in order to find, develop and demonstrate architectural possibilities using industrial robots in concrete building.

The problem area is the gap between vision and realization opportunities that exist in concrete building, partly because concrete surfaces and construction details have been standardized and the craft-based moulds are today often found too expensive.

Digital tools are gaining ground in building industry, but things are moving faster within other building materials than concrete. The robot is the ultimate digital fabrication tools, and the hypothesis is therefore that the robot can be a key to making up with conformity, to fabricate unique concrete buildings and to increase the concrete symbolic value. This Ph.D. dissertation focuses on robotic milling of concrete for concrete as manufacturing technology. This robotic based formwork technology is compared with other digital manufacturing technologies, and it is concluded that robotic milling of formwork is competitive.

The approach of this Ph.D. project is to interplay between theory and practical experiments and perform interaction between its project-specific domain and a more general domain that represents the outside world and building practices. The PhD project implements four experiments utilizing robotic milling to examine opportunities for:

The experiments show that the robotic manufacturing of formwork, can release hitherto unexploited form potentials in concrete. In the perspective of building culture, the combination of CAD-CAM software visualization tools and industrial robots as manufacturing tool will bridge the gap between the architectural design process and the construction realization process. The PhD project has further strengthened the link 'the other way', from the physical production to the digital model.  This intensification has been obtained by developing the use of milling and moulding simulation. This improves the documentation and makes evaluation of the final results visual expression possible before commencing fabrication. 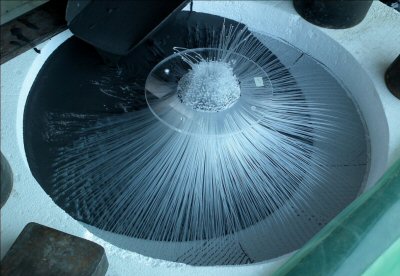 Robotics allows for dedicated material process accurate positioning and angulation of optical fibers so that those embedded in concrete and connected to the information technology (Dupont Lightstone) can form images on concrete surfaces.

The PhD project shows that industrial robot technology can be used to realize geometries, that both derive from constructive visions and architectural visions. The robot ‘re-introduces craftsmanship’ and is used to reinterpret some of the architectural features known from pre-industrial construction. These architectural – or architectonic - features such as three-dimensional surfaces, specific reliefs and unique details, and the reinterpretation allows new neo-industrial idiom that expands the concrete scale. 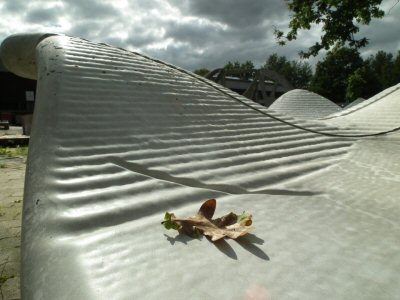 At one end the scale is expanded by introducing fine detail and light emitting elements in the surface, elements which are so extremely small that they become a material component. At the other end of the scale, is introduced architectural use of a coarse milling, the so-called CAM fingerprint. Hitherto it has been the aim to obtain as smooth as possible milling. Targeted use of coarse milling is new and consists in consciously working with the robot's working pattern that forms a partially controlled technology fingerprint. This autonomous CAM fingerprint can be interpreted as neo-industrial digital ornament that share kinship with past ornaments - both the craft-based unintended ornaments and more random material contingent ornamentation. The Ph.D. thesis addresses these kinships openly, but concludes that the resource economy and practices around the coarse milling immediately lays considerably closer to the existing concrete building culture than the smooth milling. The Ph.D. project thus brings the robots opportunities closer to practical concrete buildings as architectural CAM fingerprints can reduce milling times and thus reduce the final manufacturing costs.

The PhD project shows that the development of robots in concrete building can cause a metamorphosis which can lead to an efficient and flexible production system, addressing concrete as a process. The PhD project shows how the industrial robot can be a major player in this process, so that the concrete in new-industrial context becomes a new building material, so-called robot concrete, which opens new possibilities for architecture. 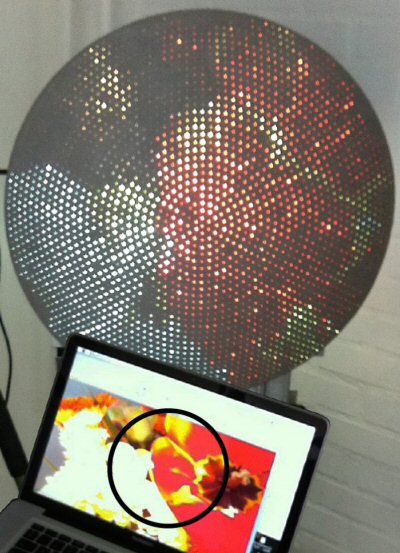 Concrete surface is approx. 2600 pixels forming the image of a section of a tulip.