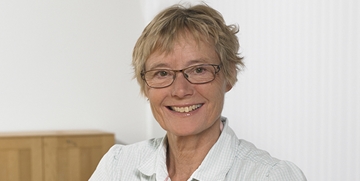 At Danish Technological Institute (DTI) a combined energy plant consisting of solar cells (PV), battery storage, heat pumps for domestic water and for heating the house through floor heating has been built and tested. The project is supported by ELFORSK, and the participants are - besides Danish Technological Institute - Lithium Balance, which has supplied batteries, and Nilan A / S, which has supplied the heat pump

A high rate of self-consumption of electricity is key for PV owners in many countries, and this has kick-started a new market for energy storage in households, most frequently batteries. Even though batteries are becoming cheaper, they cannot beat simple thermal storage in water tanks or in concrete floors of buildings. The heating installations and constructions are there anyway, so why not use them as almost free storage capacity.

It is the overall objective to design a versatile combined energy system for houses with combined PV (solar cells), battery-system, heat pump installations and thermal storage.

The purpose is thus to investigate how the operation of such a combined energy system must be designed to achieve the best efficiency and at the same time ensure that as much electricity as possible is used in the house. The main idea is that the overall efficiency can be increased by adapting the power electronics and the heat pump control. By linking heat pump and battery as electrical storage for solar cells, and controlling energy flows, the most inefficient operating conditions of both storage modes should be avoided. In practice, this means charging and discharging with a certain minimum power to minimize the losses.

Another important purpose was to prepare a user-friendly design and calculation tool for use by planners, installers and homeowners with some technical insight. The tool is able to calculate the annual energy balance and economic value of electrical and thermal energy storage in connection with solar power plants. The program can be used for preliminary sizing of solar PV systems, batteries and heat pump with associated storage.

DTI has installed and monitored a system consisting of PV plant, heat pump and battery with SMA Sunny Island inverter in a house with floor heating. The project shows how such an installation can be realized in practice, using available standard components and control software. There have been many hurdles – some of them have been solved – and all of them have given practical experience when going from desktop planning to a functioning and user-friendly installation.

The heat pump has a buffer tank, so that the installation can contain more energy than usual, and the house has a relatively heavy concrete floor, which is also used as a buffer by increasing the temperature of the floor heating system when excess PV power is available. The control of the components' interaction and operating mode is realized via the inverter manufacturer's internet-based portal.

Through the seasons with large variations in the outdoor climate, data on energy flows has been collected periodically over the course of a year, and knowledge is gained about how much self-consumption of solar PV electricity can be increased by means of battery and heat pumps, and which storage efficiency can be achieved. In this context, there was a thorough work with, among other things, controlling the battery, and in particular getting the control from the battery inverter to the heat pump to function as smartly as possible.

In the best operating periods, 77% total efficiency has been measured for the battery system. The losses are partly due to the own consumption of the battery's own consumption for the BMS system, the loss of the cells, ohmic losses and loss in the inverter.

The heat pump is “Smart Grid Ready” and is controlled by Wi-Fi signals from a cloud-based monitoring and control platform.

Regarding thermal energy storage in the floor, it was a problem that the heating system was built up with two mixing circuits (shunt valves), and that the room thermostats set a limit when water circulates in the floor heating. This makes economical operation of the heat pump and the potential energy storage difficult. After deactivation of shunt circuits and full opening of thermostats, the system worked well but with some fluctuation of the room temperature. There is therefore a need for a more intelligent coupling between the room temperature control and the heat pump's control system (incl. Smart grid).

The main results of the project can be summarized as follows:

The main practical experience is:

The project shows that the consumption pattern is of paramount importance when planning a control and storage system, and that energy losses are substantial if care is not taken in the design phase. Other important results are that ordinary concrete floor heating systems can store a large amount of energy without major fluctuation in room temperature.

The project shows opportunities – such as using the battery-storage for external energy – (e.g. wind power or hydro) – and barriers such as efficiency and noise, difficulties for users.

Also, the economic perspective is considered – mainly in the spreadsheet (calculation programme) for evaluation of energy storage in connection with solar PV systems. As a consumer or RE-installer / dealer, it is of great value to be able to test different scenarios before deciding on a specific plant size and structure. For example, a light building and a heavy building will have different options for integrating thermal energy storage.